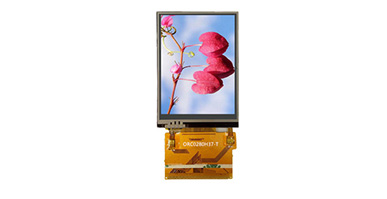 In addition to liquid crystal materials, liquid crystal displays need glass substrates (conductive glass), color filters, polarizers, backlights, etc. Besides active and passive materials, auxiliary materials include orientation agents, sealants and gaskets. Of course, for TFT-LCD, it is necessary to fabricate TFT arrays on a glass substrate, which requires almost the same materials as the semiconductor industry. In addition, the cost components of different LCD materials are very different.

LCD Material: Still in the Middle and Low Grade

Major liquid crystal material manufacturers in the world: Germany MERCK, Japan CHISSO, DIC, China Eternal Huaqing. Among them, MERCK has the largest output, accounting for about 50% of the global total. There are factories in Germany, Japan and Taiwan. Sales in 2005 increased by 27% compared with the previous year.

Substrate Glass: In the Initial Stage

At present, the main suppliers of substrate glass are Corning in the United States, Asahi Glass in Japan, NEG and NHTechnology in Japan. Four of them have almost monopolized the production and supply of glass in the whole industry. In Europe, Pilkington also supplies a small amount of TN and STN glass.

In recent years, driven by the rapid development of TFT-LCD industry, the demand for glass substrates has been in a period of rapid growth. In 2005, the global output reached more than 74 million square meters, an increase of 56.6% over the previous year.

Rainbow recently announced an investment of 1.3 billion yuan to complete 5G and 5G TFT glass substrates in two phases. Among them, the first phase invested 800 million yuan, the main objective is to produce 750,000 square meters to 900,000 square meters of 5GTFT glass per year; the second phase is determined according to the algebra of actual domestic TFT investment in the future. However, these two projects are still in the stage of demonstration and declaration.

Henan Luobo Group, the actual start of production, completed the investment of RMB 260 million in the construction of CSTN thin plate glass production line, in May this year produced a thickness of 0.55mm CSTN glass substrate. It has been supplied to the market in batches.

At present, all kinds of LCD, especially LCD TV, require more and more color, and at the same time, the pressure of cost reduction is also increasing. For this reason, color filter film production line is built in large TFT-LCD enterprises to reduce transportation and cost. This built-in CF has accounted for 50% of all CF production in 2005, and is expected to account for 60% in 2006.

At the same time, many enterprises have done a lot of work in improving raw materials, improving the optical properties of color films, improving production technology and reducing costs, among which transfer printing and inkjet technology deserve attention. Reportedly, Japan relief printing and Kwangmura printing cooperation, the development of transfer method, estimated that the cost can be reduced by 1/2, but the current production schedule is still unclear. DNP is introduced into inkjet. In fact, ink-jet technology has a low threshold, Sharp built-in six-generation color filters have been produced by ink-jet method, while Taiwanese business exhibition Maoguang Photoelectricity also cooperates with Taiwan Institute of Technology and Research, and its five-generation production line will also be produced by ink-jet method.

Another challenge for color filter technology is to use field Sequential Color technology to achieve color without color film. This technology has been developed for many years and has been applied only in very limited fields. But now things have changed. Samsung's first CFL (Color Filter Less) 32-inch LCD without filters was introduced at the 2005 FPD International 2005, which attracted much attention.

The panel uses RGB-LED backlight and OCB panel. The response speed is 5 ms, the resolution is 1366*768 pixels, the brightness is 500 cd/m2, the contrast is 1000:1, the opening rate is 78%, the color performance range is 110% of NTSC, the power consumption is 82 W, and the driving frequency is not published. Without using filters, the panel can cut costs by 20%. No specific data have been released on the number of LEDs used.

According to incomplete statistics, China's actual output in 2005 has exceeded 10 million square meters. Not only can domestic demand be basically met, but also the proportion of exports has reached a certain level. At the same time, the technical level and product quality have been greatly improved.

Polarizers: Supply continues to be tight

DisplaySearch estimates that the supply of polarizers will continue to be tight until 2008, according to the current expansion plans of raw material suppliers.

At present, the market share of Ridong Electrical Engineering, the largest polarizer market in the world, is about 40% to 50%, Sumitomo Chemistry is about 20%, Sanli is about 15%, and the rest are Rite and LG Chemistry. The production of polarizers in China is still in its infancy. The main manufacturers are Shenzhen Shenfang Lekai, Wenzhou Overseas Chinese Industry, Foshan Weida, etc. The products are narrow polarizers (500mm) for TN and STN. At present, we can not provide wide-band (1330mm) products.

The cost of polarizer's main raw materials accounts for 60% to 70% of the product's sales cost, and the TAC and PVA membranes account for 75% of the raw material cost.

The mainstream of backlight system is CCFL. There are dozens of companies producing CCFL backlight module, mostly from Taiwan, Japan and South Korea have also moved in these two years. Half of the global backlight module production comes from Taiwan manufacturers, followed by Korea and Japan. Emperor Guang of Shenzhen is the first and largest mainland company to do so. There are few enterprises producing cold cathode fluorescent lamp tubes, the largest in the mainland is Nanking Languang, and only four in the world are HORISON (Japan), SANKEN (Japan), Jinfu Electric Machinery (Korea) and Weili League (Taiwan).

At present, besides LED, there are FFL (Flat Fluorescent Lamp), OLED and carbon nanotubes, which are mature alternative light sources for CCFL. Although the latter two technologies have been developed, they have not yet reached the stage of mature application.

As a backlight, LED has attracted more and more attention. It has been widely used in small displays such as mobile phones, and is expanding towards desktop PC displays, portable PCs and LCD TV. Although there are OLED products on the market now, its randomness and super-thinness are better than LED, but its service life, color and other aspects are not as good as LED, so LED is still the best choice of LCD backlight.

Prev: Performance and Index of LCD Polarizer
Next: LCD Display Manufacturers Compare the Advantages and Disadvantages of Various Touch Technologies